On The Lighter Side 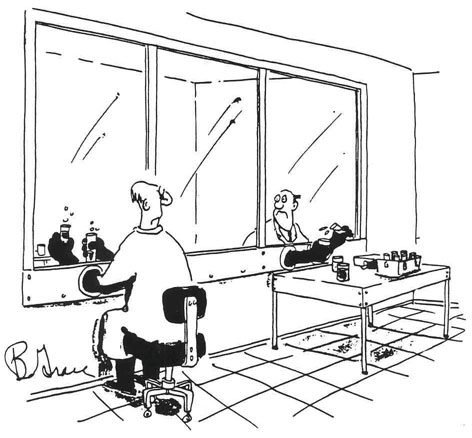 How the AGS Logo Came to Be, or "It Still Looks Like a Scribble to Me"

Have you ever wondered about the AGS logo? Wondered what it stands for or symbolizes? It seems that during the last Conference I heard many questions regarding the logo, its meaning, its origin and its message. After serving on the Board of Directors for so many years, sometimes I forget that the entire membership is not privy to the machinations within the Board of Directors. (Sometimes, I believe, that may be for the best.) Let me try to explain, to the best of my memory, how the logo came to be. The year was 1989. The AGS was about two years old and was experiencing that phenomenal time in the life of an organization when growth seemed unlimited, and many possibilities were deriving shape and form. We had a name, we had an Annual Conference, we had passionate arguments and now we felt we needed a LOGO. Why? Well, ostensibly, because everyone else seemed to have one. But the real reason for any logo is for the eye of memory. It acts as a mnemonic aid. We knew we needed to tell people who we were, what we were doing and above all, we needed for them to REMEMBER who we were. We wanted a logo to help us do this. The first effort at developing a logo had began prior to the 1989 Conference. The Enclosure ran a contest among members inviting them to contribute their idea of a logo. This effort became a tremendous investiture of time as the Board regarded each entry and argued its positive and negative value. We saw a lot of rectangles, circles and lines. We had drawings that looked like a specific glovebox, but, we reasoned, that might exclude enclosures without gloves. We had drawings done by children, we had entrants that apparently had never seen a glovebox, we had entries a glovebox wouldn't want to look like. No, that one was too specific...That one was too sloppy...That one was too dark...too much black...(What the hell is this?!?)...and on and on. Arguments raged. Tempers frayed. Voices screamed. At one point, Board members were inviting each other to step out in the hall (and it wasn't to have a cup of coffee, either). Please remember that this was my first introduction to the Board of Directors. Because I worked for a very large (and very conservative) company, I assumed that the Director's job would consist of sitting around in "Boardrooms" making these high level decisions with a bunch of old men in flatblack three-piece suits. Boy howdy, what a rude awakening I had! The only thing that was the way I imagined was that the Board was fully clothed. Having reached an impasse at the point of everyone stepping into the hall and ducking it out, the Board immediately adjourned for a short break. The review of the entries continued. This foray into symbolic art may have continued mindlessly for an indefinite period (like eternity), until the suggestion was made to hire a professional artist and let the artist develop a logo (or several) from with the Board could choose. The artist would be given all the entries to help in creating an acceptable logo. This idea seemed to appease everyone (almost), so with the motion made and seconded to bring in the "pro from Dover", the Board approved the motion and gratefully adjourned. The next Board meeting the artist delivered the goods..."What's that?" we said in unison. "Well," the artist explained, "it is a symbolic representation of an enclosure using minimalist expression." Hmmmm. The Board took another look. "I don't like it," said one. "Does it have to be purple?" said another. "That's fuschia," the artist corrected. Oh. More silence, chin rubbing, ear scratching. "Could you explain this to us again?" "Sure," said the artist. "What you want is a limitless representation of an enclosure designed to be non-exclusive. An insignia for containment of hazards, an emblem for exclusion of the biosphere from a product. AND, you want it to be unique. Right so far. We sat dumbly as the artist continued. "This logo represents an enclosure, not in the shape of the infinite circle, but in the form of the ancient Pythagorean triangle, two triangles put base to base. A square, but not a rigidly defined square, a vaguely square shape that induces the imagination to configure the device to the needs of the task. The indefinite outline engenders the eye to roam more freely, stimulates the creative impulse, gives the illusion of space controlled without the bounding of parameters. It represents the limitless possibilities of design and creativity that is the distinguishing mark of the human mind." O.K. "Still looks like a scribble to me," said one recalcitrant member. "I am speaking to you as an artist," said the pro, "but I understand that you are people of action and of tangible definition. You design by specification, parameter, finite fact, and measurement. You turn nouns into verbs. Numbers are your pocket change. For this logo you must look above the tangible, beyond the tactile, through the staid and stolid engineering mentality you have accrued through your lifetime of work. In short, get metaphysical." Uh-oh. During all this "logoing", here was a word we weren't sure about.

"Yeah. Metaphysical. It means "beyond physics". Your symbolism must approach the infinity of the possible by using the familiar. It must show the essence as well as the presence of the thing, it should address the universal as well as the particular." This was starting to get out of hand and we were nervous. All we wanted was a logo, for crying out loud, not a lecture on the vagaries of the cosmos. Unexpectedly, someone moved to accept the logo the artist had tendered. (Hereafter, known as The Logo). A surprising second was heard. Some of us adamantly refused to accept The Logo, some of us were tired, some of us believed we had more important things to accomplish, and of course, some actually LIKED The Logo (even if the fuschia color would take some getting used to). We voted (not unanimously).

So The Logo was approved, accepted and thus became the mysterious, enigmatical symbol of the fledgling American Glovebox Society.